Paris may be one of the most visited cities in the entire world, but Paris in a wheelchair can be extremely tricky to navigate. With a lack of accessible taxis and trains, I attempted to see how wheelchair accessible Paris really was in March of 2011.

My family and I took the train from London to Paris early in the morning. It's only a two hour ride, making Paris perfect for a day trip while in London. While I only visited Paris for a day trip, if you would like to spend the night consider using HouseTrip to book your accommodations. HouseTrip offers apartments for about half the price of hotel rooms and on the website, you can even use the filter so that it will show you wheelchair accessible apartments. The train ride was enjoyable and very accessible. We were even lucky enough to get upgraded to first class, which basically just means you get more food... and I'm always a fan of that. Once we made it to Paris, I had an accessible taxi scheduled to pick us up from the train station and take us to the Eiffel Tower and drop us off until later that evening. We were in awe of the beauty of the Eiffel Tower and how big it was. Pictures really cannot do it justice. We immediately went to buy our tickets so that we could ride the elevator to the top of it. After purchasing these, we were escorted to the front of the line. I guess this is something that they do for all wheelchair users because we didn't ask to be, but it was very nice and saved us a couple hours of waiting in that colossal line. The furthest that the elevator will go is to the second tier. Wheelchairs cannot go to the third tier at the very top, but the second tier is still high up and you can see the entire city from there. I had no idea how vast the city was, until we saw it all from the Eiffel Tower, so we planned to walk everywhere for the day, but with freezing temperatures that no longer seemed like a feasible option. After taking in the postcard worthy view for a while, we hopped in the elevator and made our way to the bottom to meet up with two friends of mine that came to meet us for the day from Germany. 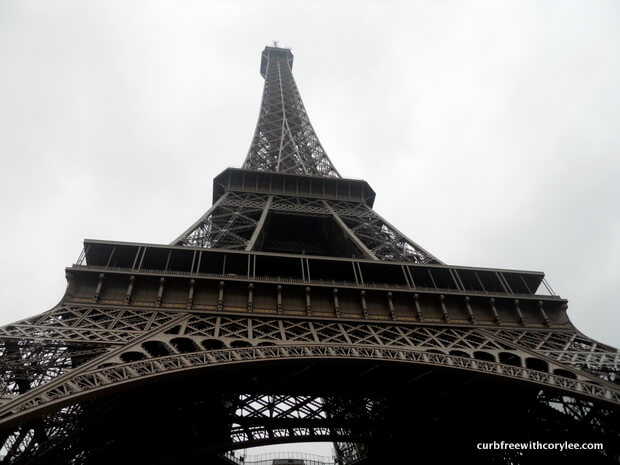 Our next must-see destination was Notre Dame. There was a metro station near the Eiffel Tower and we thought that maybe it would be accessible, but after purchasing our metro tickets we were quickly proven wrong. There was quite a large step to get onto the train and the workers were completely unwilling to help, and they definitely did not have a ramp. At first we were distraught and didn't know how we were going to get around for the day, but then we called the taxi company that we previously used that day. They offered to drive us around the entire day for 600 €. We started counting our money and when my mom reached for hers, it was gone. She had been pick-pocketed. Almost a thousand dollars of hers was gone. We tried telling the police and they did not seem to care. They simply said that they would look around and that was the end of it. We could have let this completely ruin our day, but the rest of us decided to pitch in and hire the taxi. This was way too much money for us, especially considering what had just happened, but we really didn't have another option due to the lack of accessibility in Paris. Hiring the private driver ended up being a great decision because he knew the city like the back of his hand and we didn't have to worry about finding anything the rest of the day. We went inside Notre Dame, saw the Arc de Triomphe, ate some crepes, and saw Moulin Rouge lit up at night. 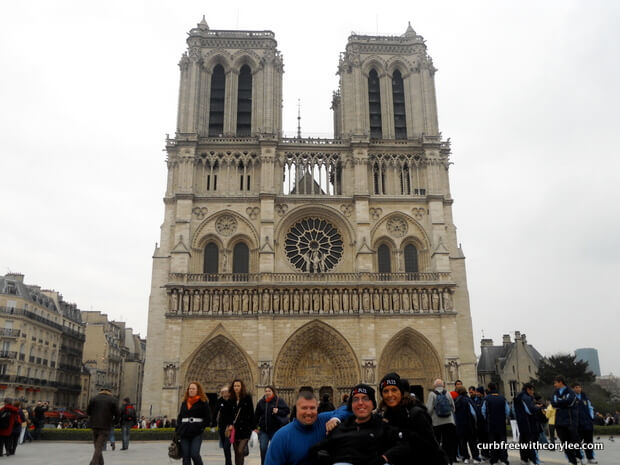 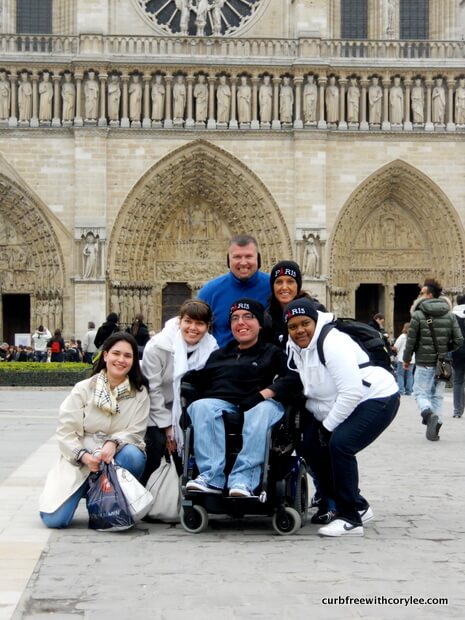