Melbourne, with its flowing rivers, vibrant graffiti, and friendly people, is naturally a stunning city and after strolling around taking it all in for a while, it doesn’t seem like it could possibly get any better. But it can at the Eureka Skydeck. From almost anywhere in the city, you can see the Eureka Tower. It’s a monstrous skyscraper that also houses the Southern Hemisphere’s highest viewing platform, an attraction not to be missed while in Melbourne. 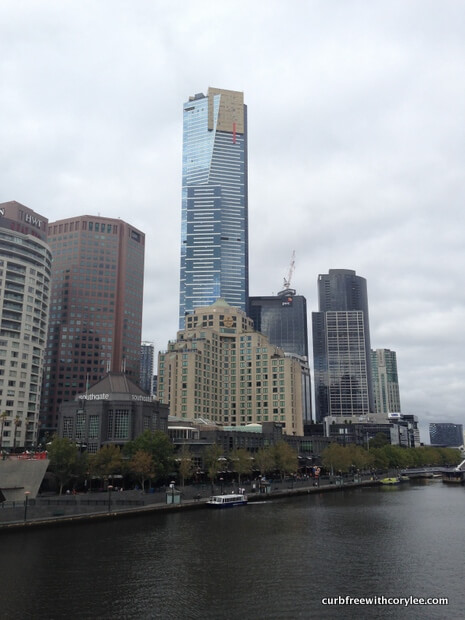 The Eureka Tower soars high above the city.

As my mom and I made our way into the fastest elevator in the Southern Hemisphere (yes, it really is), we were anxious to get to the top and see what Melbourne looked like from 88 floors up. It only took 38 seconds to climb to the top and the views were spectacular. I honestly did not know that the city was so large until I saw it from above. It seemed so quaint from down below, but don’t let it fool you. It’s a big city. We were only in Melbourne for a few days, but I wish we had stayed another couple days to have ample time to explore. 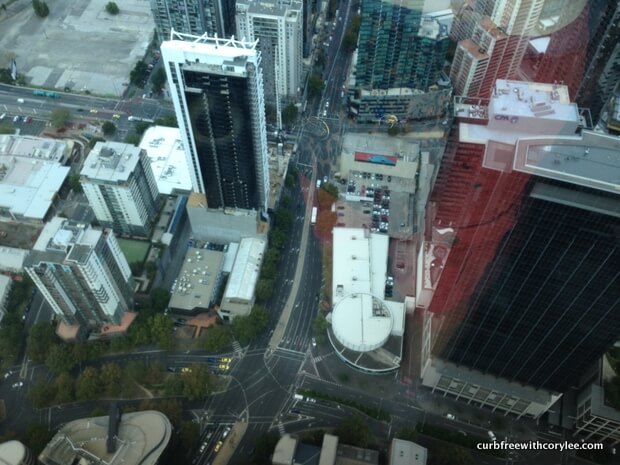 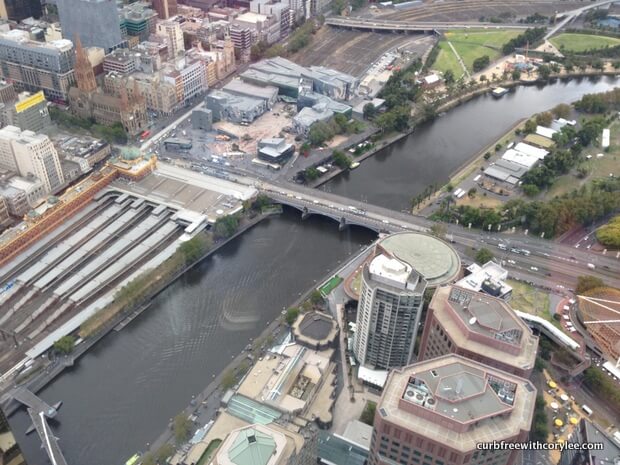 My favorite thing about my visit to the Eureka Tower was The Edge, a glass cube which projects almost 10 feet out from the building with you in it. The Edge is pretty much an attraction within an attraction since it is its own experience and is a separate cost ($12 for adults) from the Skydeck. Luckily for me, it is also completely wheelchair accessible. Everyone at Eureka was very accommodating and ensured that I would be able to take part in every aspect of the magnificent tower. 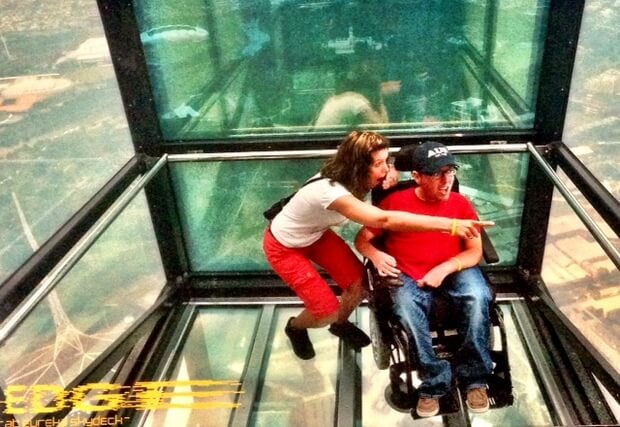 My mom and I inside The Edge

Rolling into The Edge was a daunting task itself because I knew that within a matter of minutes we would be hanging over 980 feet above the ground far, far below. Once we were inside The Edge we couldn’t see anything at first because the glass windows were blacked out and then suddenly, we felt the glass cube that we were now trapped in sliding out from the side of the building. The lights began to rapidly flicker on and off and for a few seconds, I was a bit worried. However, this is all part of the experience so don’t start panicking when this happens. Once we were 10 feet out from the side of the building, the floor to ceiling windows allowed us to take in more great views of Melbourne. It’s the same views that you can get inside, but The Edge is all about being able to say that you survived the Southern Hemisphere’s highest viewing platform. That’s something that you can brag about to all your friends. After taking in the views for a few minutes, the staff took some pictures of us in The Edge and asked if we were ready to come back inside yet. We told her yes since my mom was freaking out a little bit about hanging off the side of the building, and we soon made our way inside.

Both the Eureka Skydeck and The Edge were a fun experience and shouldn’t be missed if you find yourself in Melbourne, and if you don’t have a fear of heights. Whether you are a local or a tourist, the breathtaking views from the 88th floor will give you a whole new appreciation for Melbourne’s beauty.