Atlanta is known for a lot of things; the country’s largest aquarium, the world’s busiest airport, charming southern hospitality, and the amazing food. You may have heard of The Varsity, which is the world’s largest drive-in restaurant, or Gladys Knight’s world famous Chicken and Waffles, but there are many more delicious restaurants in the Atlanta area that are worthy of recognition. I recently got to experience some of them at the annual Taste of Atlanta event where I sampled some of the best foods in the ATL. 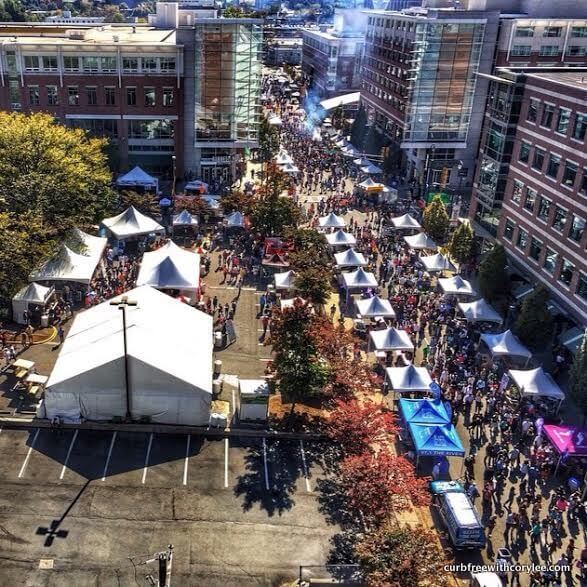 Aerial view of Taste of Atlanta. Taken by Julie Nunez.

For 13 years now, Taste of Atlanta has taken place in the heart of midtown. Streets are blocked off and booths are set up on each side of the street. This year there were more than 90 restaurants that came out to share their tastes with the world. That meant that I had a lot of eating to do! At each booth you can sample some of the most delectable food from that restaurant. The tastes range anywhere from sushi to ribs to tiramisu. There is literally something for everyone. I saw children enjoying The Melting Pot’s chocolate fondue and even I couldn’t resist that. I was given a strawberry, brownie bite, and a bite of pound cake all covered in that sweet chocolate drizzle.

With tickets to Taste of Atlanta being just $25 in advance or $35 at the entrance, it is worth every penny. My mom and I were each given ten taste coupons apiece, which means that we had twenty coupons total. So that we would be able to have more of a variety of foods, we decided to just put our twenty coupons together and split all of the food that we got. Some of the portions were rather large so by the time we left we had major food babies, or as I heard someone else say “a Taste of Atlanta baby”. The food ranges anywhere from one coupon to three coupons, but most of the stuff that we tried was just one. We did indulge in a couple of three coupon foods, including the cheeseburger slider and fries from Burger Fi. I didn’t plan on eating this, but when I saw that it had the longest line of people waiting I figured that it had to be pretty good… and it was! The burgers were made right there on the grill and were so juicy that I almost needed a bib to eat it. Deeeelicious! 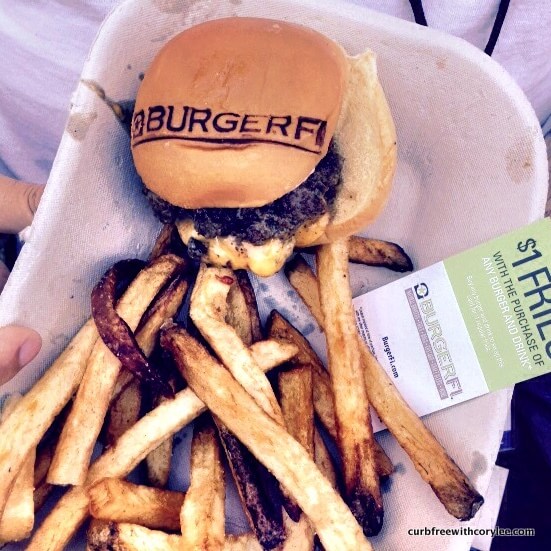 Other foods that we tried at Taste of Atlanta included: 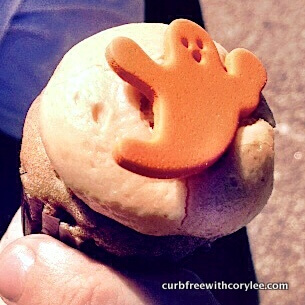 Caramel apple cupcake from Sprinkles. Even the ghost couldn’t stop me from devouring this!

So, as you can see, twenty coupons can get you a LOT of food. We actually only used eighteen coupons and had two leftover when we were leaving. Our tummies just couldn’t handle any more food so we gave the two extra to a couple that was walking in as we were exiting.

Aside from all of the restaurants that came out to Taste of Atlanta, there were also many Atlanta businesses. Most of them were giving something away if you gave them your email address and other information, and I always love free stuff, so we did sign up for a lot of them. I’m still waiting on the phone call saying that I won though. Just sayin’… 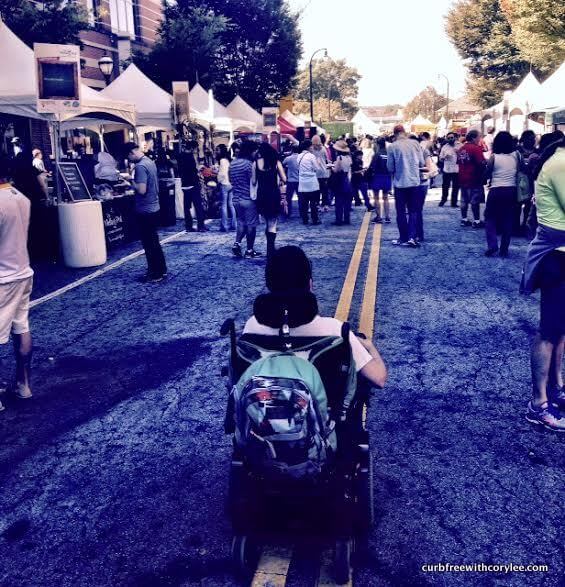 For some crazy reason I had never heard of Taste of Atlanta before this year, but I am so glad that I know about it now. I will definitely be making this an annual event for me. Whether you are an Atlantan or from far away, start planning your visit to the ATL now so that you can attend next year. Trust me, your tummy will thank you.

*Thank you to Taste of Atlanta for providing us with complimentary admission. All opinions expressed are my own.