“It’s always an adventure with Cory!”

That’s what many people that have traveled with me say. It seems as though I always manage to get caught up in some crazy shenanigans no matter where I go. Apparently I was cursed in another life or something. However, these crazy adventures always make for a good story afterwards whether they were good or bad at the time.

Travel is full of surprises and even though it can be stressful and a million things can go wrong, I don’t let the fear stop me. I’ve heard other people say that they’re too scared to travel because something could go wrong and to be honest, I literally cringe and have to bite my tongue when I hear that. Things can go wrong in the comfort of your own home so in my opinion, there are no excuses as to why you can’t be rolling around the world. Not even one.

In fact, I’ve made a list of my 5 craziest travel experiences for you. If I can survive these and still be smiling and planning my next adventure at the end of the day, then I know you can. So without further adieu, here they are…

1) Caught on a burning bus

It was a nice Autumn day in Washington, DC, where I lived at the time, and my mom came to town for a visit. We were out seeing the sights and wanted to head over to the National Zoo so we got on the bus near Chinatown and off we went… for about five seconds. The wheelchair lift area started smoking and the bus was officially on fire. We were sort of freaking out because the lift was on fire and that was the only way that I could exit unless my mom carried me down the stairs at the front and left my wheelchair on the bus. In a panic, the bus driver walked off the bus and closed all the doors. Unknowingly to him, they all locked and we were literally trapped inside the burning, smoke filled bus. At this point I was panicked, but as soon as we were about to start breaking some windows, a few fire trucks pulled up and rescued us. I had to be carried out and then a few of the firemen lifted my heavy wheelchair and carried it down the steps as well. They couldn’t have came at a better time! 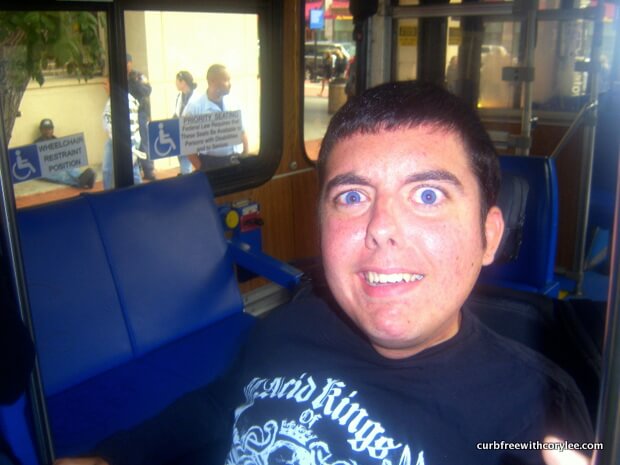 2) Trapped in the subway

The first time that I visited New York City was interesting to say the least. The city isn’t the most wheelchair friendly of places, which is odd since it’s one of the biggest cities in the world. I nearly got ran over by a taxi when I was crossing the street and then got trapped on a 5 hour subway ride. We were trying to take the subway from Point A to Point B, but it turns out that Point B’s subway station didn’t have an elevator so we were trapped underground. We hopped back on the subway and rode it to the next stop, which didn’t have an elevator either. Well, this happened about a billion more times and we had to ride the subway all the way to the end of its route. It then turned around and eventually took us back to Point A where we started from. It was about 5 hours later and we nearly missed a Broadway show that we had tickets for, but we made it nonetheless. Get it together NYC subway system!! 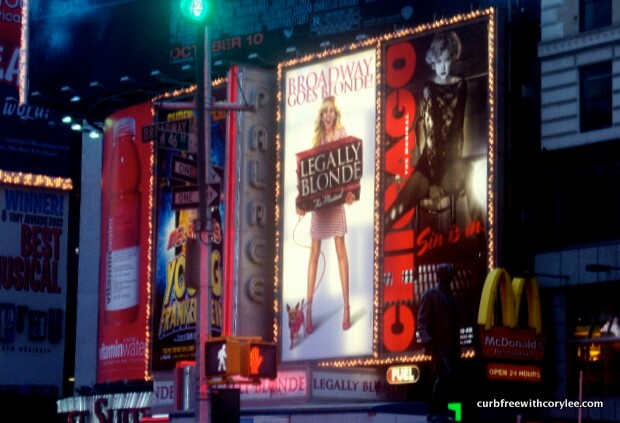 You’re gorgeous NYC, but your subways are crap.

Technology is not only something that I like, but I also depend on it for my day to day life. Every night I charge my powered wheelchair and I needed to do this when I visited Germany as well. I bought all of the proper adapters/converters before going, but as soon as we plugged it into the wall it blew up. Literally. Sparks were flying and the power in the entire hotel even managed to go out. I really don’t know how this happened, but count on me to cause destruction on my first night in a new country. Luckily, about fifteen minutes later the power came back on and the hotel never even found out that I was the reason for the outage. 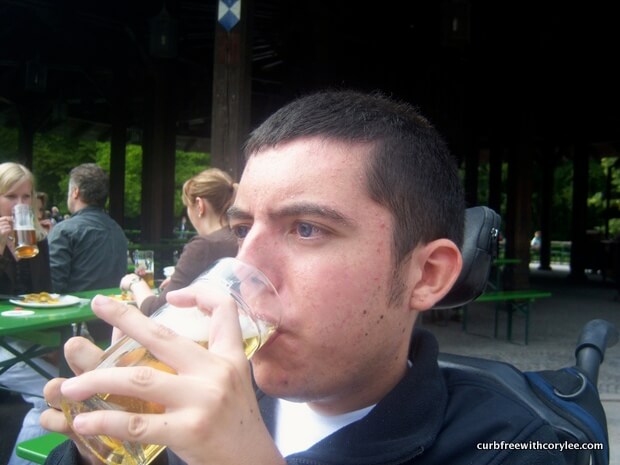 Yeah, I caused the power outage, but pardon me while I enjoy this beer.

4) A victim of pick pocketing

Paris is my least favorite city in the world for a few reasons. Reason número uno is because it is not accessible… at all. No accessible transportation, the streets are shite, etc. You get the drift. And reason número dos is because we were pick pocketed. While we were trying to figure out the metro system (which isn’t accessible by the way), some thief managed to sneak in my mom’s backpack and steal her wallet, which had over 1,000 € in it. This put quite a damper on our day for a bit, but we soon decided to just get over it and make the best of the rest of our time in the city. Plus, we also learned to not carry around that much cash ever again. Turns out that there are valuable lessons during catastrophe. 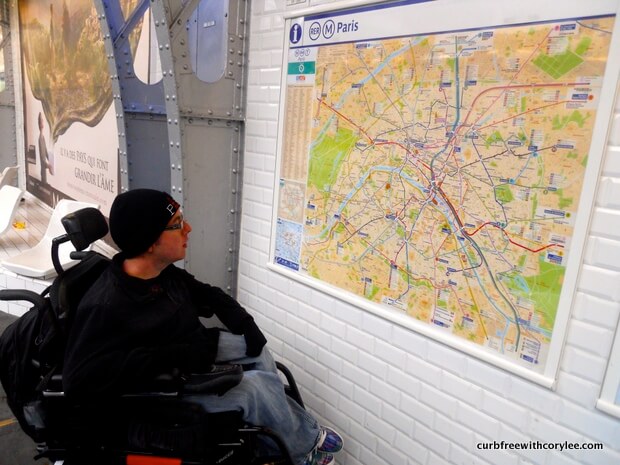 This photo was taken about 5 seconds before we became poor.

5) Almost thrown down 6 flights of stairs

During a peaceful sleep on our last night in Sydney, the fire alarm went off. It was quite a wake up call at 3:00am. After rushing to get out of the bed, we went out in the hall and saw dozens of people running toward the stairs to escape the burning building. I, of course, can’t use the stairs so we went and tried to take the elevator, but when the fire alarms go off the elevators shut down for “safety reasons”. Ummm I think it’d be a lot more safe for me to risk it in the elevator than burn to death on the sixth floor. Just sayin’… So we (my mom and I) ended up being the very last people on our floor. As soon as I was about to be carried, or should I say thrown, down the six flights of stairs we were informed that it was a false alarm. Halle-friggin-lujah!!

At least it was the best city ever that I nearly burned to death in.