Europe seemingly has it all: a rich history, fascinating culture, and – depending on where exactly you go – some of the most stunning natural and man-made scenery in the world. No wonder the European continent is one of the most visited regions in the world! If you’re about to head out on a European holiday and are looking for some tips to make the most of your trip, then read on. Here are five little nuggets of advice for getting the most out of your European holiday. 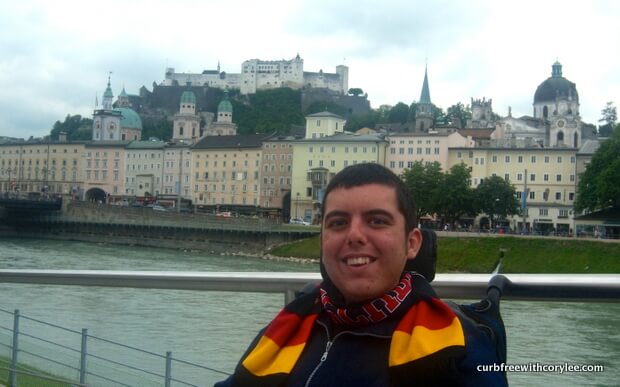 Buying a local sim card with a data plan will allow you to make those hotel, bus and flight bookings from practically anywhere. And that’s a very useful thing; sometimes it’s hard to find decent Wi-Fi in a hurry. A local sim card will also work out much cheaper for you too; you won’t be roaming with your home sim card, plus you won’t have to pay for that coffee or beer at that café or bar just to be able to use their Wi-Fi.

2. Learn Some of the Language

Learning just a few key phrases in the local language of the country you’re visiting will make things much easier. Grab a phrasebook and commit to learn one or two important phrases a day (e.g. “where is the toilet?”). Speaking the language, or at least attempting to do so, will usually also elicit a positive response from the locals you end up meeting. You may just make a new friend or two. 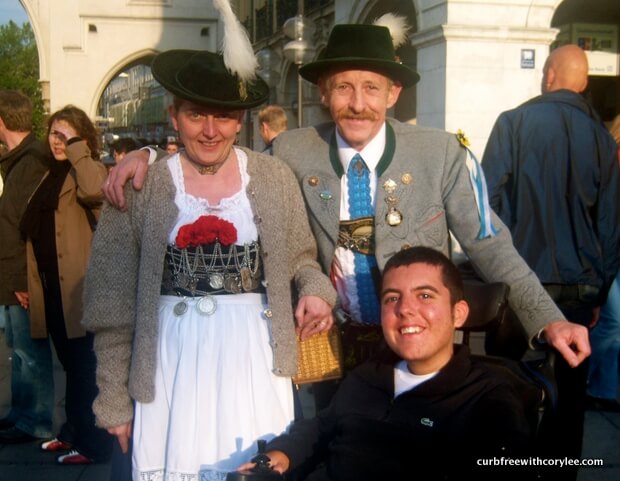 I met these two locals while in Germany.

3. Travel in the Right Season

Some places aren’t as exciting during certain times of the year. Take Barcelona for example. The city isn’t the same during the colder months of January and February. Although it’s still a beautiful and interesting place to visit anytime of the year, coinciding your trip to this happening Spanish city with the right season can make all the difference to your time there. The same holds true for most other European destinations. The best time to visit Europe is from May to September, when the temperature is at its warmest. Not only will you have a more enjoyable time when the sun is shining, but you’ll have access to more of Europe. For example, the European Alps and the Nordic countries are more accessible during the warmer months.

4. Travel by Train or Bus (Instead of Flying)

If you have a bit of time up your sleeve and you want to see some of the beautiful European countryside while travelling from A to B, then stay away from planes and stick to trains and buses instead. Not only are they generally much cheaper, especially when booked in advance, but they will also give you the chance to admire the geographical layout of the country you’re visiting and they’ll most likely drop you in the heart of the city when you reach your final destination. 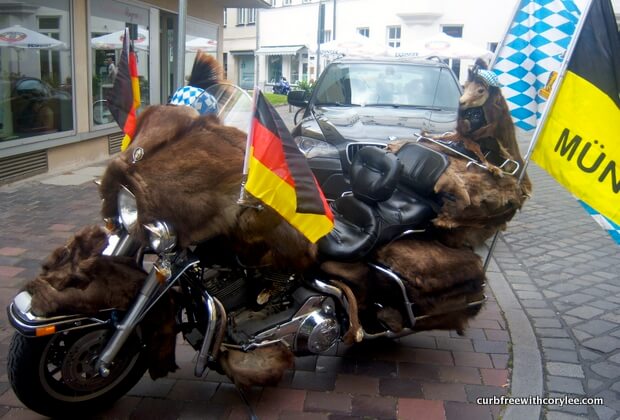 Or you could use this to get around!

Before setting off on your European adventure, lay everything you intend to take with you on your bed… and get rid of about half of it. You really won’t need as many clothes as you think you will when you’re actually out there travelling. Plus, when you’re travelling with your light backpack or suitcase, the first question that pops up in your mind when you arrive in a new destination won’t be “where are the lockers?” or “where is the hotel so I can drop off my bags?” You’ll be able to see much more of the place when you’re travelling light. Your shoulders and back will thank you for it too.

Do you have any other advice for those about to embark on a European adventure? Share them below and help others get the most out of their European holiday.