If you’ve been following my blog for a while, then you may remember that I explored Southern California with a MobilityWorks rental van a couple months ago. It was a fantastic experience then, so when I learned that I’d be speaking at the NY Metro Abilities Expo this May, I immediately knew that I wanted to rent a wheelchair accessible van from MobilityWorks again. 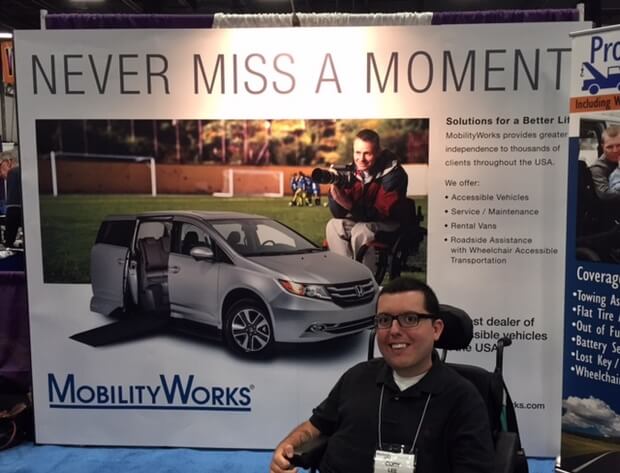 MobilityWorks now has 35 locations in 13 states. Every location offers accessible rental vans so it is easy to find the right rental van for you, regardless of where you may be. I contacted the Farmingdale, New Jersey location (it’s near NYC) about a month before going and they hooked me up with a 2013 Dodge Grand Caravan upon arrival at the airport. When I talked to them over the phone a few weeks before going, they asked if I’d like to sit in the back or in the passenger seat area and if I preferred a side entry or back entry ramp. They really went out of their way to ensure that the rental was perfect, and it definitely was! 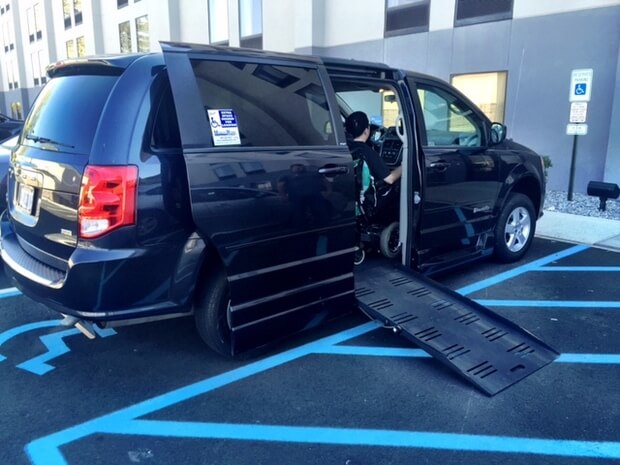 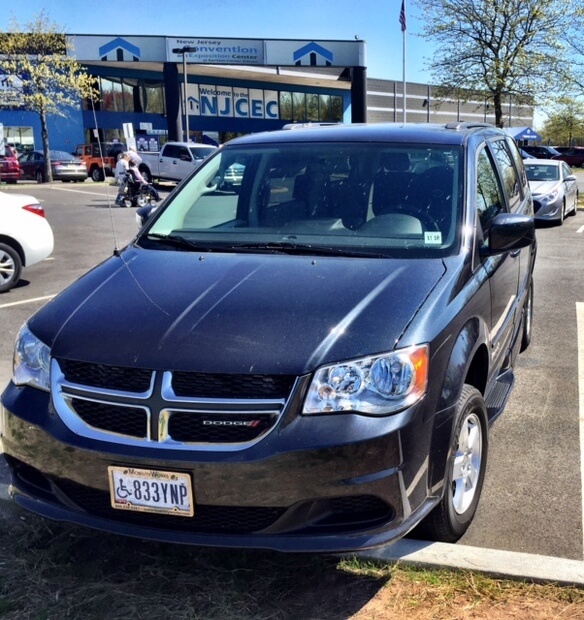 Driving through New York City may not be the ideal way to get around for many people, but as a wheelchair user I think that it is hands down the best way. Want to know why? Well, I first visited NYC when I was 15 years old. My mom and I flew up to NYC and didn’t rent a van. Instead, we thought we would rely on the subway and taxis to get around. This was a big mistake! There weren’t very many accessible taxis (and the ones we did find were outrageously priced) so one day we decided to try out the subway. After all, it is world famous so it has to be accessible, right? Well, we hopped on the elevator and went underground to board the subway. We planned our route and got on the train. A few minutes later we arrived at our destination… or so we thought. It turned out that the elevator to get above ground at our destination was out of service. After talking with one of the workers and trying to figure out how I could get back up to the street, they advised us to get back on the subway and ride it to the next stop and then use their elevator. So we got back on and arrived at the next stop shortly thereafter. And guess what?! This stop didn’t even have an elevator! We repeated this process of going to the next stop and checking for an elevator for the next FOUR HOURS. Eventually, we went all the way to the end of the line and just rode the subway right back to where we first got on it, because we knew that it had a working elevator. We wasted half a day in the subway and nearly missed a Broadway show that we had tickets to, but finally we were back on the street and swore that we’d never try that again. One four hour subway adventure is enough for anyone, trust me!

So as you can probably see, I’m not a huge fan of NYC’s public transportation. It was great having a rental van this time though because we could actually come and go as we pleased, without worrying if the subway had a working elevator or trying to hunt down an accessible taxi. We visited Battery Park and saw the Statue of Liberty (this was my first time ever seeing it because last time we could not find accessible transportation to get to it), drove through Times Square, and we even drove through the Lincoln Tunnel (also a first for me). 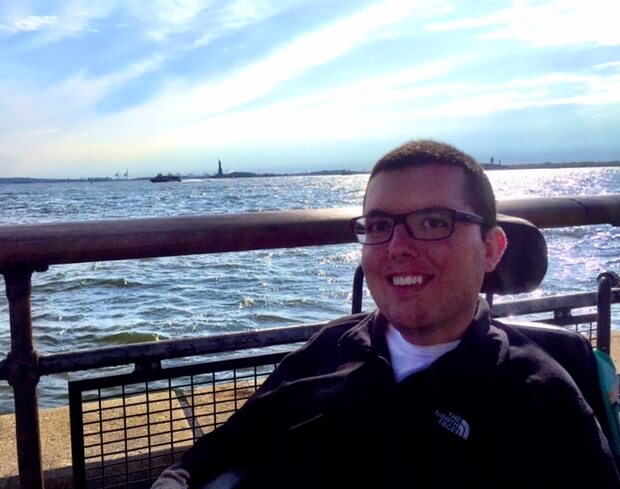 That’s the Statue of Liberty way back there behind me. It was much larger in person. 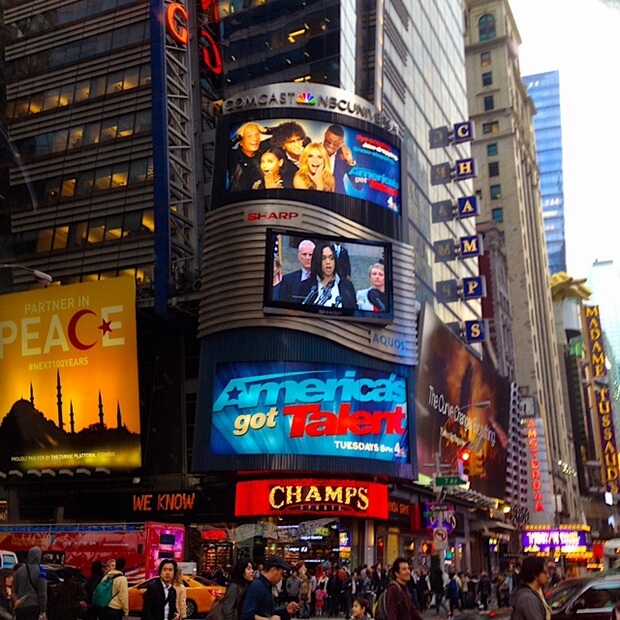 Getting around New York was a breeze this time thanks to driving our rental van from MobilityWorks. I really don’t know what we would have done without it… we probably would’ve just stayed around our hotel and not seen very much. But with our awesome rental, we finally had the freedom to truly enjoy this concrete jungle.

*Thank you to MobilityWorks for providing the complimentary rental. This in no way affects my opinion of the company and all opinions expressed are my own.