If you have been following me for a while, then you know that I love Cirque du Soleil. There is just something about witnessing the unbelievable that keeps pulling me back show after show. When I found out that Cirque du Soleil was bringing a new show to Atlanta, I was so excited and knew that I had to go see my fourth Cirque show. It is called KURIOS – Cabinet of Curiosities and will be in Atlanta until May 8th, so you still have plenty of time to see it. 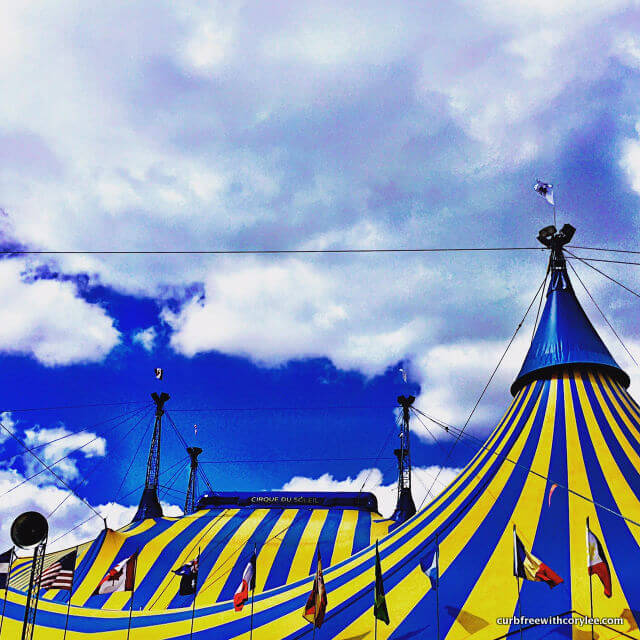 I knew that I was in for a treat as soon as I arrived to the Big Top (the tent, which the show is performed in) at Atlantic Station. KURIOS is Cirque du Soleil’s 35th production since 1984 and the only one that has a welcoming act on the top of the Big Top. Three artists were climbing it, greeting everyone, and playing music. It was an unexpected welcoming that immediately made me feel like we had entered an alternate world away from reality. 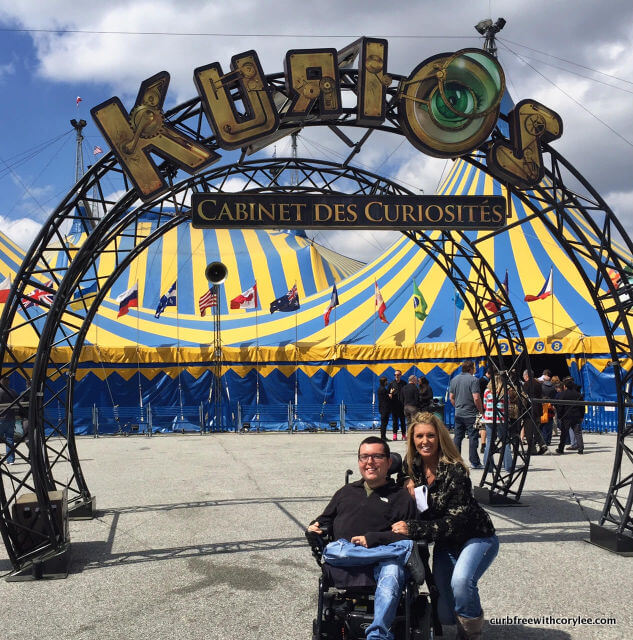 My mom and I

We soon entered the Big Top and there were plenty of concessions for sale. We got some popcorn and candy, and then made our way to our seats. Since the theatre is kind of small, any seat would be a good one. The seats circle the stage and I was in section 202. The wheelchair accessible seating was the front row of 202 and I had a perfect view of the stage. I have sat to the far left beside the stage in the past and those seats were great as well. There really isn’t a bad seat in the house. 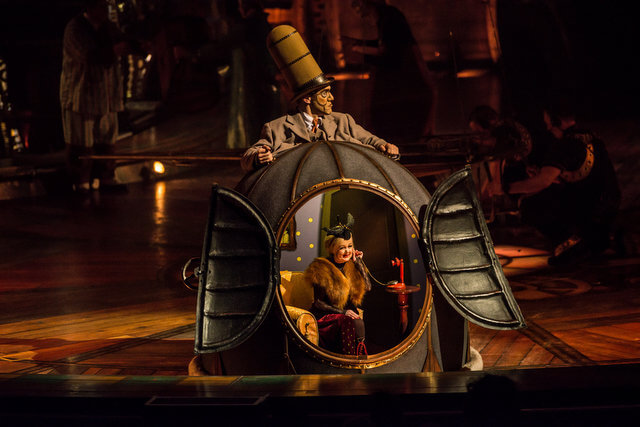 KURIOS started right on time and like all Cirque shows, there were plenty of moments where my jaw was nearly on the floor because I was in such disbelief of what I was witnessing. There were acrobatics, contortionists, and more. It’s inspiring to see talent like that and I still can’t wrap my mind around how the performers did some of it. 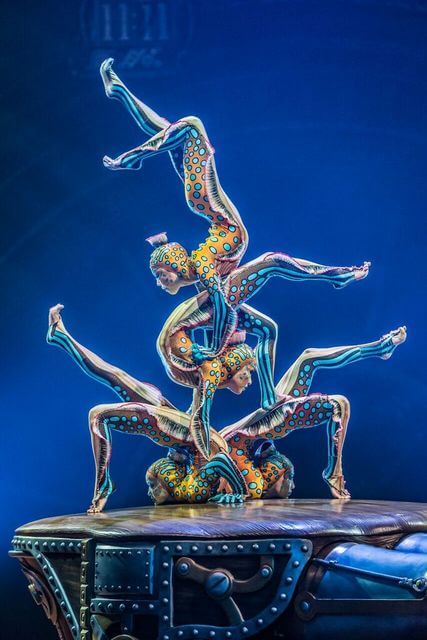 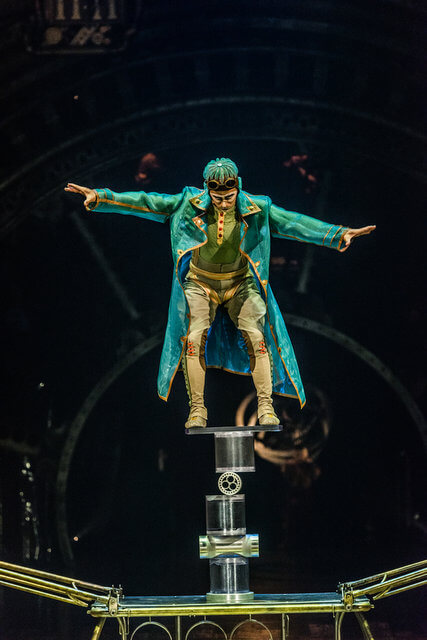 While the acrobatics were extremely impressive, what I really loved about this show was that there was a lot of humor as well. During several acts I was laughing out loud, which I haven’t done at several other Cirque shows. Some of my favorite acts included an invisible circus and when the performer pulled a lady out of the audience for a funny skit. 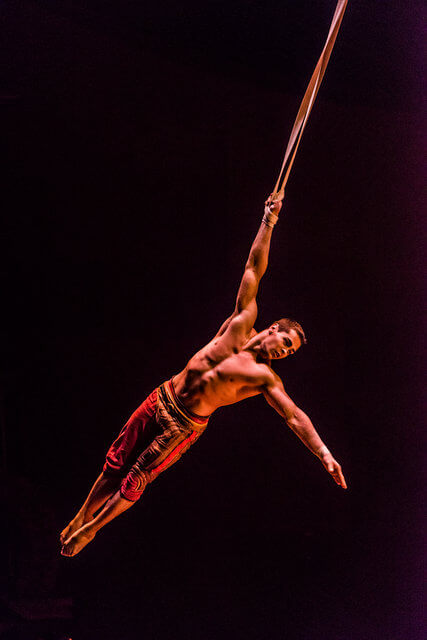 Overall, I thought that KURIOS was one of the most entertaining Cirque shows that I’ve seen yet and I can’t wait until the next Cirque du Soleil production comes to the Atlanta area!

*Tickets for KURIOS range from $35-170 and it will be in Atlanta until May 8th. If you’d like to reserve tickets for an upcoming show, click here.