Imagine you are rolling through an alleyway filled with people singing religious hymns. They walk past you with tears streaming down their faces because they are so moved to be tracing the footsteps of their savior. To your left is the Church of the Holy Sepulchre, built on the site where tradition says Jesus was crucified and buried. Up ahead is the Western Wall, which remained intact after the destruction of the Second Temple and is one of the most revered places in Judaism. And just beyond that, up a long wooden ramp, is the Dome of the Rock, a beautiful gold-topped Islamic shrine where Muslims believe Muhammad began his night journey to heaven.

This uncommon mixture of three major religions and their most notable sites all within half a mile of each other might sound like an alternate fantasy world, but it is very real. And it’s somewhere that you can visit no matter what your abilities are.

Before I visited Israel for the first time, I was a bit nervous. If you watch the news, you’ve undoubtedly seen plenty of stories about violence and unrest in the Middle East. I remember sitting with my mom in the Atlanta airport as we waited for the first leg of our flight to take off. An hour before the flight we were still contemplating if we should go or not. The danger had been drilled into our minds by the media for years, but we decided to live by the quote, “If you never go, you’ll never know.”

I couldn’t have imagined that Israel would quickly rise to the top of the list of favorite places I have visited, and now have travelled there twice. My safety concerns proved unneeded and my worries that Israel’s ancient history would result in mediocre accessibility were delightfully wrong. With tour companies specifically focused on accessibility and a strong community of startups creating better technology for those with disabilities, Israel is an amazing tourism destination. 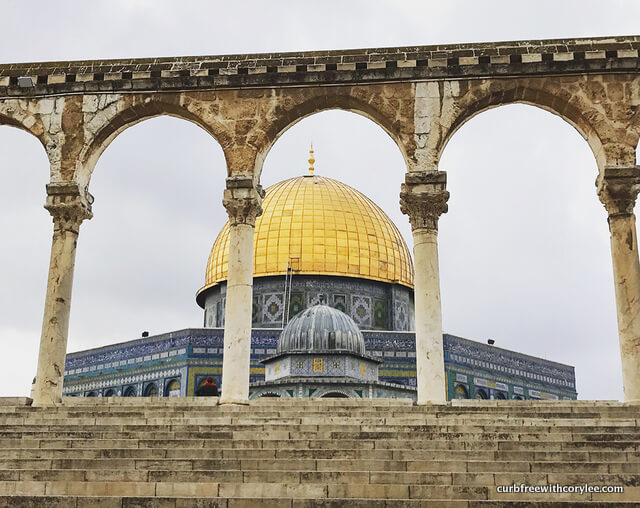 To read the rest of my article about Israel, which is in New Mobility Magazine, just click here.