As my mom and I drove toward Plains, Georgia, we saw nothing but trees. No restaurants, movie theaters, shops, nothing. My first thought was “Where in the world have we traveled to and better yet, why?”. However, as soon as we entered the downtown area in Plains, I knew that we were somewhere special. Plains is home to the 39th President of the United States, Jimmy Carter. 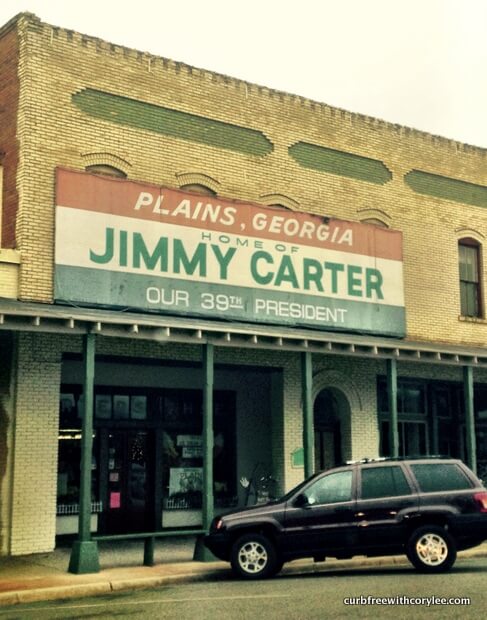 On the main town square.

President Carter was born in Plains in 1924 (he turned 90 this year!) and has had strong ties to the community ever since. He regularly joins in on community events and even still teaches Sunday School on select dates at Maranatha Baptist Church, which anyone can attend. “Meet a President” has been on my bucket list ever since I knew what a bucket list was, so when I learned that President Carter still did this, I was all in.

After a peaceful night’s sleep at the beautiful Plains Historic Inn, we awoke bright and early around 6:00 AM. We had to be at the church by 8:45 AM at the latest to secure a seat and I was not going to be late for this opportunity. I debated for a while on what to wear, but finally decided on a blue button down shirt and a red tie with blue stripes before heading over to the church. I was basically a rolling American flag.

Maranatha Baptist Church was located less than a five minute drive from the inn where we stayed. Before pulling in, we saw a long line of people waiting to get in the church and policemen were everywhere. They even had a drug dog that sniffed all the way around our vehicle before we could pull into the parking lot. Who knew that going to church would be as serious as entering a foreign country?! Haha! But they really do have the utmost consideration for the safety of the Carter’s and all guests, which is great. 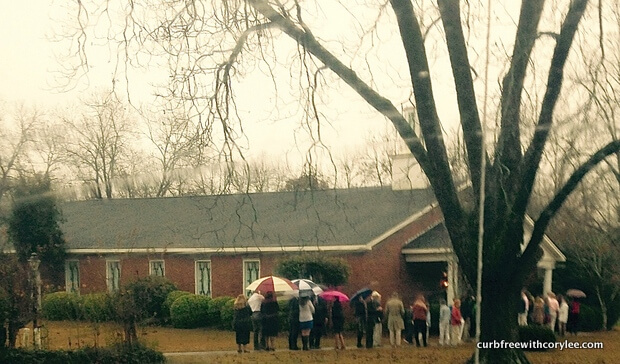 Lined up to get in the church.

The front entrance of the church has stairs, but there is an alternate entrance on the side with a ramp. This worked to our advantage because we didn’t have to wait in the long line in the pouring rain at the front. Sometimes it pays to have wheels for legs, huh? Instead, we just went in the side door and were shown to our seats by the secret service, which happened to be on the front row. If you stay at the Plains Historic Inn like we did, Miss Jan (who runs the inn) will let you be her special guest to church and will save you a seat in the front. So by staying at the inn, you are getting to stay in one of the coolest places ever AND getting a terrific seat to see a President. What more could you ask for?!

A few minutes later, around 9:00 AM, Miss Jan went to the front of the church and started laying out the rules and regulations. She pretty much just told us to respect the President and don’t be stupid, but she had a much more humorous approach to saying that than I do. She was actually hilarious and, in her own words, was “better than Jay Leno”. Miss Jan also quizzed everyone on some fun facts about President Carter. Here are some things that I learned:

Miss Jan’s hour long spiel was one of my favorite parts of the whole day. It was fascinating to learn all about Plains and the Carter’s from a close friend of theirs. After an entertaining hour, Miss Jan told all of us to bow our heads, pray, and when we opened our eyes a special guest might be in the room. I closed my eyes and tried to peek through without being seen, but couldn’t really see anything. Once she said “Amen” I opened my eyes as fast as possible and there he was…

President Carter was mere steps away from me!!! 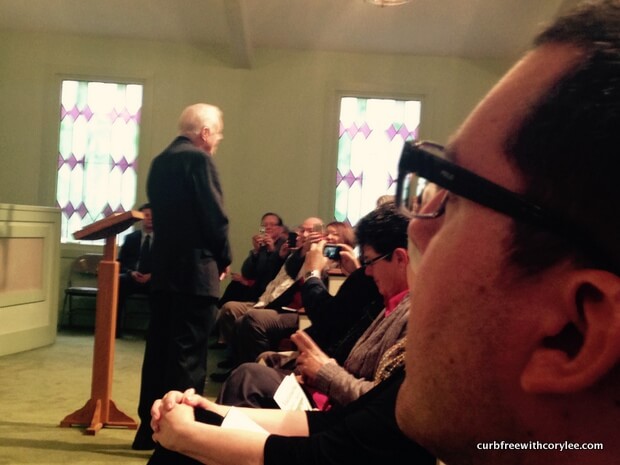 Me watching in awe.

I had dreamed of this moment for what seemed like forever and it was finally happening. As a former International Affairs major and history nerd, I was totally geeking out. He started out by greeting everyone and then came over to me and asked where I was from. I said “Georgia” and then some others stated where they were from as well. One person said that they were from Washington, DC and the President responded by saying “I lived there once”. It was good to see that, even at 90 years old, he still had a good sense of humor.

After talking a bit about his recent travels and world affairs, President Carter started his Sunday School lesson. He began by talking about how important the truth is and gave some examples from the Bible, as well as personal testimony. Truth is largely what his campaign was based on back in 1977 and he still considers it crucial to his success. When the former leader of the free world tells you how to be successful, you perk those ears up a bit more and pay attention. 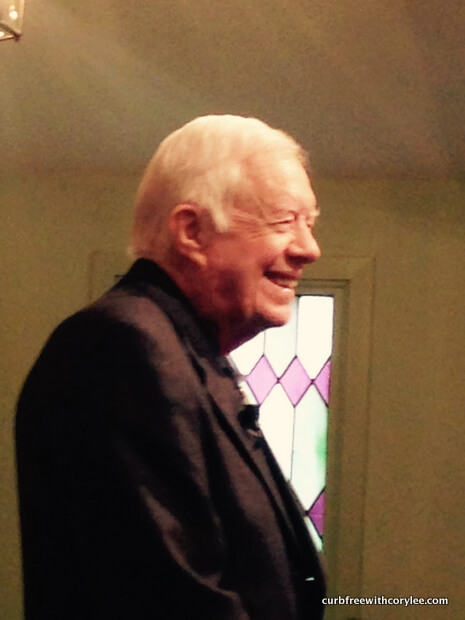 To be honest, I haven’t been to church in years, but this service was really enjoyable. I loved that he not only gave references from the Bible, but he also told many personal stories. His message came across loud and clear to everyone I believe.

Once he finished his lesson, the Pastor came out at 11:00 AM for the main service. The Pastor’s service lasted for one hour and was enjoyable as well, mostly because the choir sang quite a bit. At the end of it, we could get our picture made with President Carter and his wife Rosalynn.

Everyone formed a line to get a picture with them and luckily, I was the first one in line. My mom handed her iPhone off to a lady and we made our way to the Carter’s. I told them that I really enjoyed the service, he said thanks, and we then turned around and posed for the photo. Prior to getting our picture taken we were informed that we could not shake hands with the President or carry on a long conversation with him. It had to be rather quick because there were around 300 people in attendance and the Carter’s didn’t want to spend their entire day there. I don’t blame them at all. Also, we couldn’t shake their hands because that’s the easiest way to spread germs. President Carter is 90 years old and definitely doesn’t need any extra germs. In the twenty seconds or so that my mom and I were personally with the Carter’s, they were incredibly nice. President Carter even told us as we were finishing up with him to please come back and visit again. I told him that I would love to. 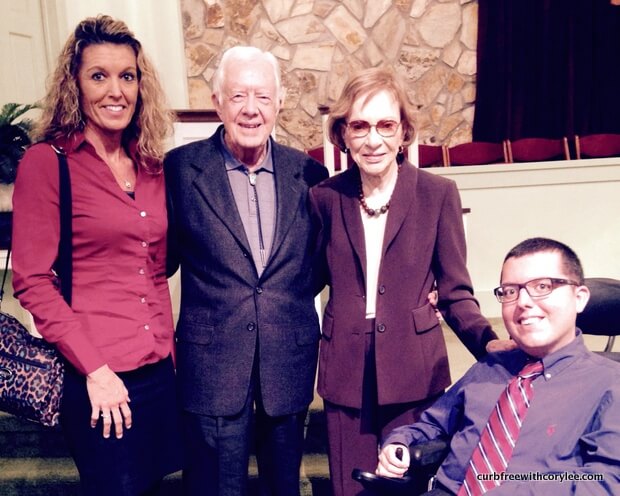 My mom and I with the Carter’s!

President Carter teaches frequently and you can check what dates he will be there on the Maranatha Baptist Church website. I would urge all of you to take advantage of this opportunity if you’re in the Southern U.S. And if you’re not, then buy a plane ticket and come on over already. My time with the President may be over (until next time), but it was one of the most memorable and surreal experiences of my life.