Liberty Drives was founded in 1997 by Richard Briggs OBE to provide free tours of Hyde Park and Kensington Gardens for visitors with limited mobility, and their friends, family and care givers. The idea for Liberty Drives stemmed from the introduction of the Hyde Park Appeal that was set up in 1990 to re-establish the horse ride link between Hyde Park Corner and Speaker’s Corner. The charity was then formed to cover all mobility aspects for Hyde Park. It’s a fantastic scheme that has come to the aid of hundreds of visitors who have struggled to cover the 625 acres of Hyde Park and Kensington Gardens on foot. Liberty Drives serve people of all ages with mobility issues and disabilities, for free.

Popular sites you can see on your tour include the Peter Pan statue and the Diana, Princess of Wales Memorial Playground and Memorial Fountain. Each tour can take between 30 and 50 minutes, and can be as narrated or as uninterrupted as you choose. Driven by an expert volunteer, there is space for 5 passengers, with one passenger in a wheelchair. All vehicles are battery powered with low sound emissions as to stay in keeping with the tranquillity of the park. 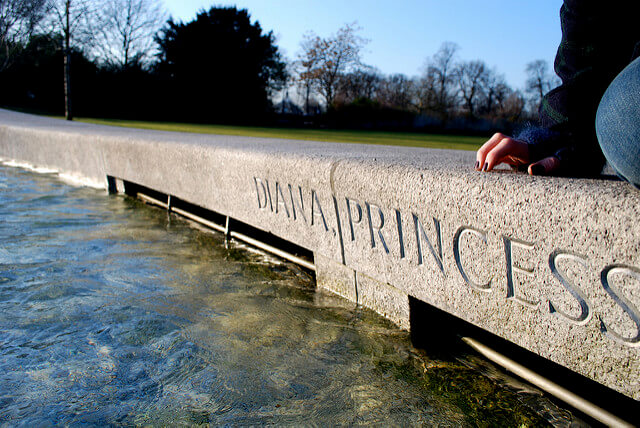 Liberty Drives can provide you with a brilliant tour of the famous royal park, created in the 16th century by King Henry VIII to satisfy his passion for hunting. Over the subsequent centuries, the park has been used as a parade ground and then a defensive territory to defend Westminster during the Civil War, before being returned to a royal park by King Charles II. Many of the features seen today in the park were devised by Queen Caroline, who separated the park in 1728 to form Kensington Gardens. The 19th century saw more changes, such as the introduction of gates, new lodges and walls with railings. The most recent change was made in 2004, with the creation of the Diana, Princess of Wales memorial fountain.

Liberty Drives is also available for transport during the concert season in Hyde Park, particularly for the popular Proms in the Park. They have been a strong promoter of improving the facilities for the disabled at all concerts, and as such disabled concert goers and those with poor mobility won’t miss out on these events despite the crowds, as the Liberty Drives service is still available around Hyde Park and Kensington Gardens to help them get around and enjoy the concerts.

Events serviced by Liberty Drives coming up in the summer of 2016 include the Gorilla Circus Flying Trapeze School, the Barclaycard British Summer Time featuring Florence & The Machine, Nomad Circus and BBC Proms in the Park. 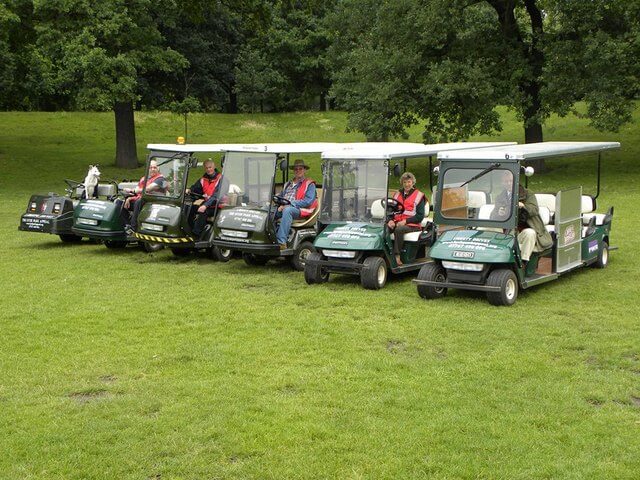 The closest tube stations to the parks are Hyde Park Corner and Knightsbridge (both on the Piccadilly Line), and Queensway, Lancaster Gate and Marble Arch, on the Central Line. The Hyde Park Corner station has escalators between the platform and street level, so is not suitable for wheelchair users. Transport for London provide a great free map showing which stations are suitable for wheelchair users, with information on how big the gap between the train and platform is, where you can get a ramp on demand, and where there are lifts. Hyde Park and Kensington Gardens can be accessed by road, either with your own transport, London buses, or taxis. There are many transport options available in London for people with limited mobility aside from the underground.

In 2008, Liberty Drives was recognised as the leading scheme of its type in the country by National Heritage. Although the main pick up point is from the Liberty Drives Dispatch Office, there are 7 points where you can be collected and dropped off. The volunteers are happy to drop you at one point and come to collect you later in the day to allow you further time to explore areas of the park at your own pace. Liberty Drives runs between May and October, from Monday to Friday. The park is open from 5am to 12am, and Liberty Drives is available from 10am to 4.30pm. Due to the volunteering nature of the scheme, please book in advance and allow 2-3 days for a response.